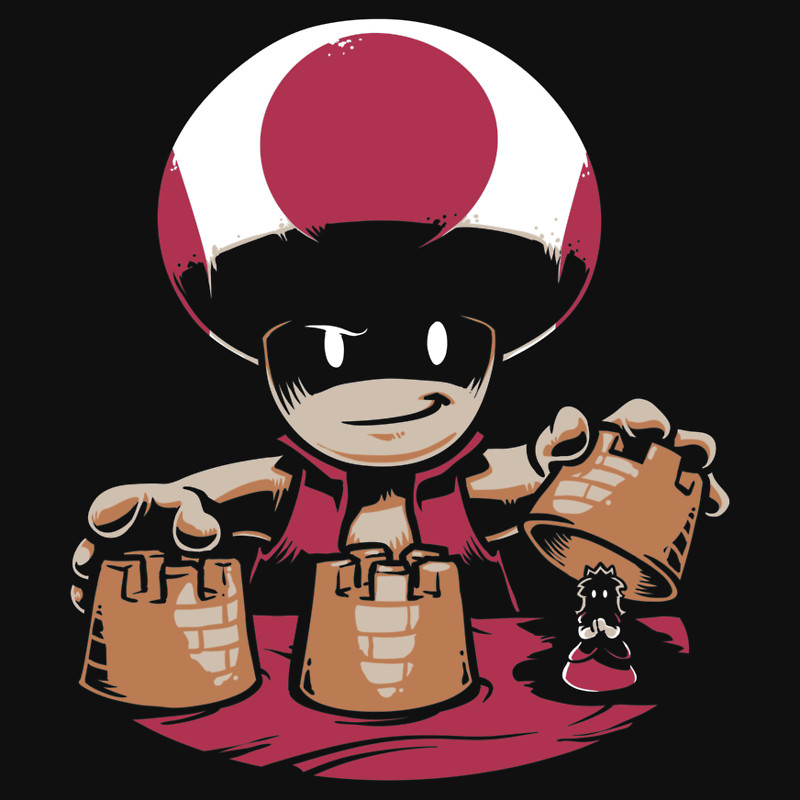 Sorry, but Your Hopes and Dreams Are in another Castle

I am in my early 30’s, so I remember the days in which arcades were actually fun places visit. In the small town where I spent most of my summers, there was a local pool where kids would go to escape the nasty thick humidity of the Kansas “sloppy wet heat”. Sure, I enjoyed swimming, but the real reason that I went to the pool was to play the two arcade machines that were posted right outside of the locker rooms. I remember vividly that the one on the left was Dig-Dug, a frustrating arcade game that required you to dig into the earth and pump up monsters with your magic vacuum and watch them explode. The only thing I was good at in that game was dying. The one on the right was the real deal, the big enchilada, the creme of the crop; it was none other than a coin-op version of Super Mario Brothers.

During the Mid-80s this game was all the rage. Before it was popular on the Nintendo Entertainment System, this game was an extremely popular arcade title that swallowed hundreds of quarters daily on one single machine. There was something appealing about an 8-bit plumber dodging walking mushrooms and deranged turtles while weaving in and out of tubes to finally make it to the castle and rescue the princess. As a fledgling gamer, I did not know much about this game, so I assumed that my goal, my princess, was in the castle at the end. 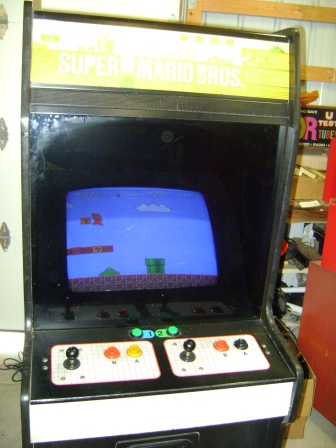 One day I gathered as many quarters as I could and ran over to the pool to conquer my quest. As I approached the machine I noticed that there was, as always, a line of kids behind the gateway to the Mushroom Kingdom. As a show of good arcade etiquette, I placed a quarter up on the small shelf that bordered the consul screen. I watched player after player fall into pits, get eaten by giant piranha plants, and be burned by raging fire balls. What a bunch of noobs! When my turn finally came, I took off running, getting through the first three levels without even losing a single life. It was farther than I had ever gotten before. I finally got to the castle, and knew that Mario’s princess was in there, waiting to be saved.

My trek through the castle was perilous. Dodging fireballs and occasionally catching fire from one of the lateral flames that the beast at the end of the level was hurling my way, I lost two lives. On my last life, I blasted through the castle with such fervor that I drew in a small crowd, and for a six year old child, that was quite an ego boost. I got to a bridge and saw the monster who was holding my princess captive; it was King Koopa himself. With an amazing leap I dove over the diabolical king and grabbed the ax and cut the bridge, sending Koopa into the inferno below. I had done it, I had defeated King Koopa and was about the save the princess. However, as I walked into the next room, I did not see my desired goal, but rather I saw a lowly mushroom-headed peasant. He thanked me, and told me that my princess was in another castle. My mouth hit the floor; I did not save the beautiful princess. Instead I saved a Mushroom Kingdom fungus farmer. What a rip!

It was the first great disappointment of my life. It wasn’t until later that I found out that Mario had to make his way through eight separate castles before he actually saved the princess. When I played the game on the NES, I hated to see those words every time I beat a world, because it reminded me of the disappointment of that one game I played at the pool. As I grew older, I realized that there was a deep hidden philosophy behind those simple words. As I strove to achieve more and more goals in my life, I would often come up short, and that would cause my mind to go back to those all familiar words. I came to realize that my hopes and dreams were often going to be in another castle. 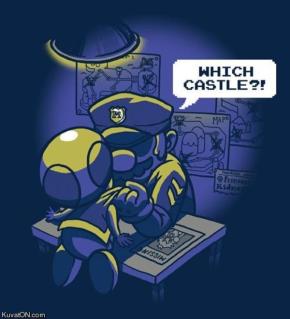 Disappointment is a big part of life, and that includes lives that are sealed in Christ Jesus.  Whether it be from broken promises or squelching high hopes, Christians are no strangers to being disappointed by circumstances. Many Christians who are fledglings in the faith make the mistake of thinking that life is going to be just golden after they accept Christ as their Lord and Savior, and the truth of the matter is that life does not get easier, sometimes it even gets more difficult. Often the changes that occur in one’s life after they become a Christian will cause more disappointment, and many times those hopes and dreams that young Christians once had in their former lives will be placed on hold, or even eliminated altogether from their earthly agendas.  There will always be disappointment, because the truth is that our hopes and dreams are always going to be in another castle on this side of eternity; our true goal is only found in a heavenly Kingdom.

Just like in Actraiser, we are all trying to get to heaven because we were not designed to be here on earth. Each disappointment, each betrayed hope, each empty achievement is a result of the longing that each of us have for our heavenly home. We strive day in and day out to feel fulfillment, experience the real joy of living, but everything that we try comes up short because our hopes and dreams, our very fulfillment, is in another castle. So what can be done about this?

We need to get back to our roots, our main quest, you could say. We have been made to worship the Lord, and as the Scriptures say, we are here to keep His commands. Ecclesiastes 12:13-14 says: “13 The end of the matter; all has been heard.  Fear God and keep his commandments, for this is the whole duty of man. 14 For God will bring every deed into judgment, with4 every secret thing, whether good or evil. 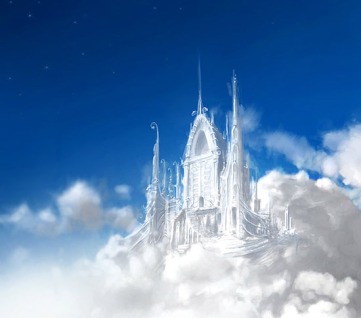 This my friends, is the true quest of life, the journey that will lead us to the right “castle”. When we place our lives within God’s plans as laid out in the Scriptures, we are both fearing God and keeping His commands; we are fulfilling the purpose of our very lives. There is no greater calling and no greater adventure.

So perhaps you have been feeling as if your hopes and dreams are in another castle lately. Well, let me encourage you to examine the castle that you are seeking. Many people are seeking physical treasures, when our greatest treasures, our greatest castles, are those that are stored in heaven, and not here on earth (Matthew 6:19-20).

One thought on “Sorry, but Your Hopes and Dreams Are in another Castle”