Attaching, Detaching, and Reattaching to Faith

There is no question that video games are pieces of art. Sure, maybe that premise was questioned at one point, but now it appears as if the bulk of society can concur that video games are indeed artistic creations. The content within them causes players to experience real emotion as they laugh, cry, and rage right along with the characters. Much like a masterfully written novel, the stories within games can frustrate, challenge, and captivate the audience. Gaming has had such an influence on modern history that an entire sub-culture was created to meeting the social and artistic needs of the fan base. Enter the Gamers!

Gaming culture has become this incredible subsect of society that brings nerds, geeks, athletes, artists, and pretty much everyone else together to celebrate the games that they love. The culmination of this love can be seen within gaming conventions around the world, especially those situated around the west coast of the United States. Going to such conventions as PAX Prime, Blizz Con, and the coveted E3 Expo are considered to be sacred pilgrimages for many fans, and cosplay is the way that they connect with their favorite characters.

Cosplay is basically the adult version of playing dress-up, but instead of waiting for Halloween, the cosplayer creates their own outfit using different materials to become the character of their dreams. Some professional cosplayers are so skilled that they are able to craft near replicas of the source outfit. But the outfit is only part of the cosplay. The most fun part of cosplay is to become the character! That means adopting the attitude and persona of the character that is being copied; being a hero or a villain during cosplay events. To truly invest in cosplay means attaching yourself to that character. 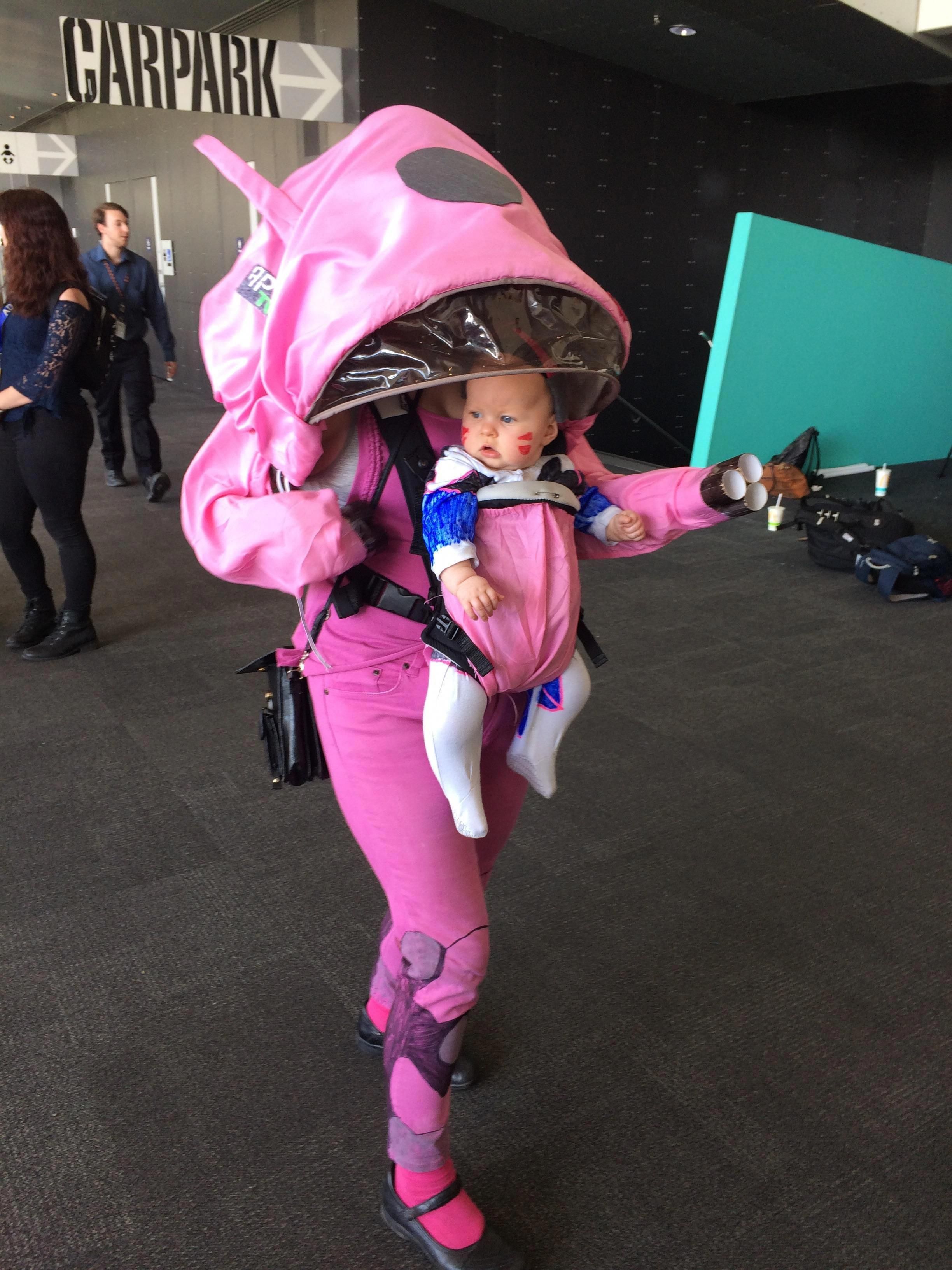 I personally know many cosplayers who have created and taken over many different personas over the years. One in particular, who I’ll call Twitchy, is a young cosplayer from San Francisco who goes to Blizz Con and E3 every year. He loves to cosplay as Overwatch characters, and he came to find that he can only play one character for so long until it gets to be “old hat.” Sure, he can create a great Soldier 76, but he can only pretend to be that character for so long before he finds that he has to detach himself from the character to take a break. I don’t blame him, after all, it really does get tiring becoming someone else.

As followers of Jesus Christ, our identities are placed in him. When we were once doing whatever we wanted to do, we came to find that placing ourselves in Christ actually freed us up from the lives that were lived in the darkness. However, every believer comes to a point where, much like a cosplayer, they think of their relationship with Christ as being “old hat.” That is a struggle that all Christians go through, and the Scriptures give us some great advice to counteract the feeling.

First off, we need to reconnect through reading the Scriptures. I can not stress how important it is to soak in the Word on a daily basis. The Bible says this about itself in Hebrews 4:12: 12 For the word of God is alive and active. Sharper than any double-edged sword, it penetrates even to dividing soul and spirit, joints and marrow; it judges the thoughts and attitudes of the heart. Everything that you are going through, whether it is on the outside or inside, is exposed by reading the Word. This can help you to not only reconnect with God but also find joy in serving Him.

Second, we need to reconnect with God’s creation. God created the heavens and the earth, and it is suggested within the Scriptures that He did so not just because He wanted to, but so that it can be enjoyed by his children. Staying inside for hours upon hours a day will only breed restlessness and maybe even depression, so getting out and tasting the sweet air of creation is the perfect way to reconnect with the Savior. 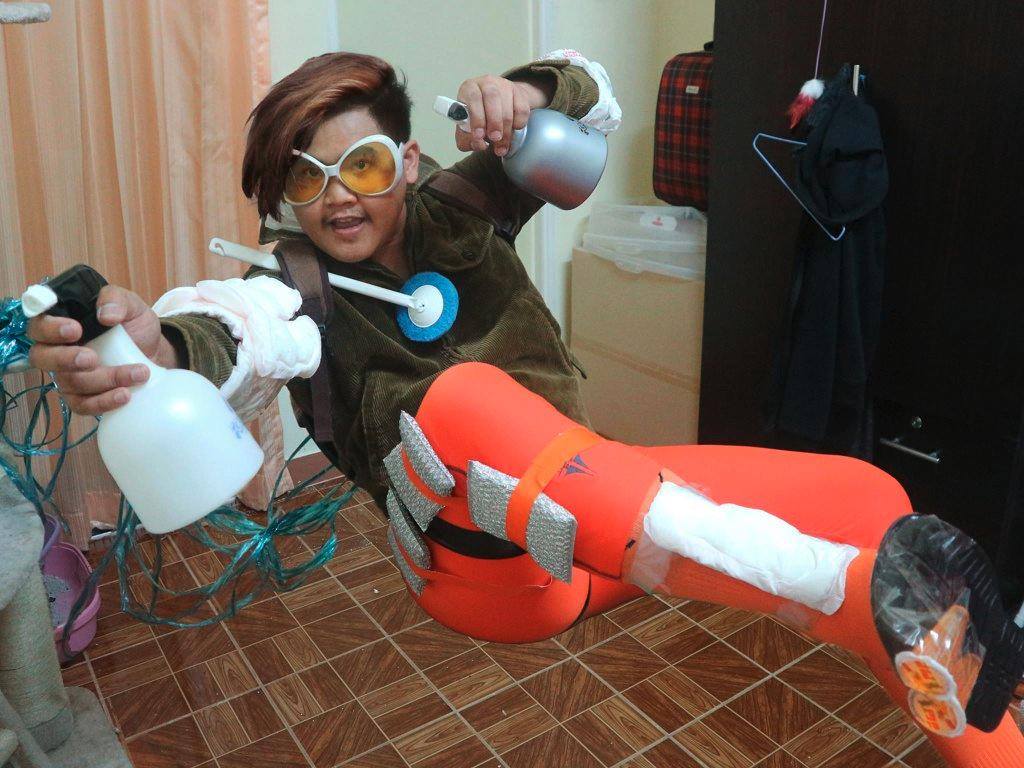 Finally, we must repent from anything that is holding us back from God. Much like a cosplayer who has connected with a character, the restlessness begins when they come across something that tempts them away from their initial creation. For us believers, our first true love is Jesus, and the Enemy loves to place things in front of us that entice and ensnare us. Simply saying “no” to those distractions can help one to get his or her life back on track. It is as the Word says in 2 Peter 3:9: 9 The Lord is not slow in keeping his promise, as some understand slowness. Instead, he is patient with you, not wanting anyone to perish, but everyone to come to repentance.

Yes, we are to attach ourselves with Jesus Christ; in a way, we are to be “clothed in Christ.” If the Christian walk is getting tedious, then perhaps you have detached yourself from connection with Him. Don’t worry, you can reattach, but it requires work on your part to come back to the One that you love. Just like a cosplayer that finds that old character that drew them into the craft, you too can be reunited with your God.