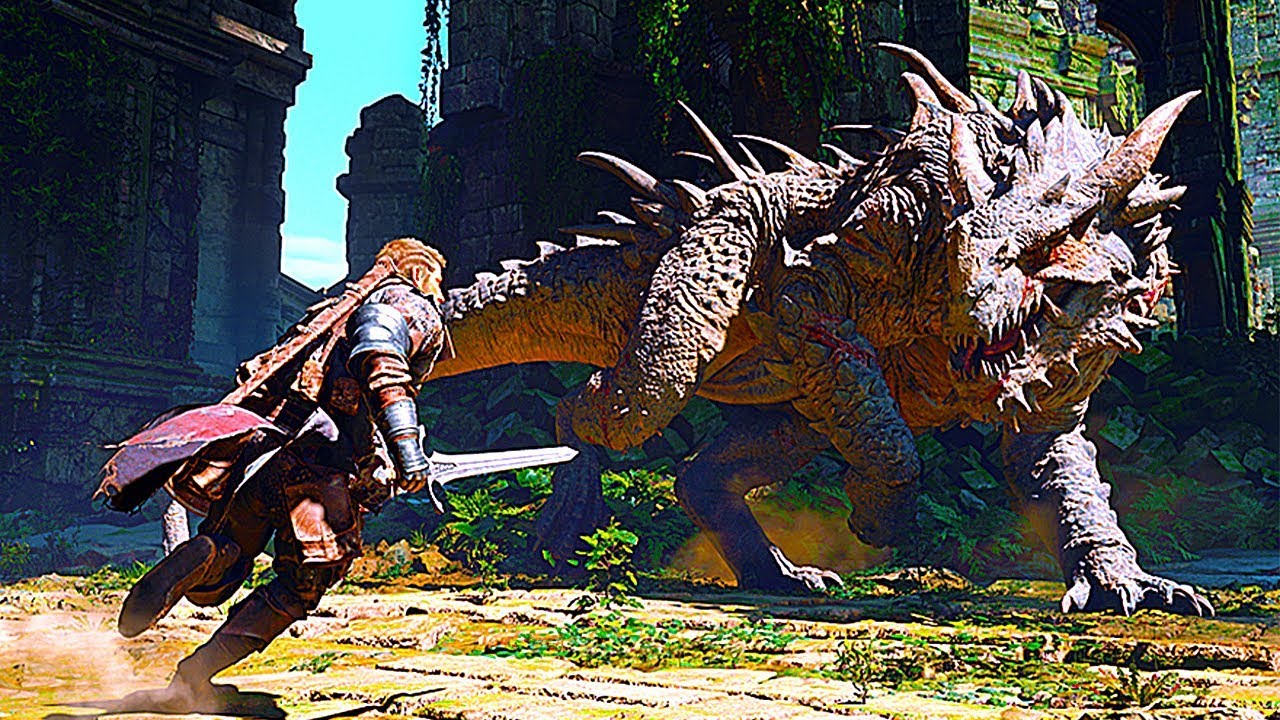 Through the Reign of Terror

As a writer, I am always surprised to see how similar the stories are that people compose. From the plots of books to television shows and even video games, storylines have the tendency to show similarities between each other. I do not think that this is done on purpose, but rather comes about through subconsciously connecting new stories to ones that we have come in contact with before. When it comes to video games, there really is “nothing new under the sun,” and that is especially true for Japanese Role-Playing Games, or JRPGs, for short.

I could easily write a story that captures every single JRPG ever created in just one paragraph. Ok, here it goes:

“Our story begins with a young, age-appropriate (and mute) teenage hero who just woke up from a dream only to realize that he doesn’t remember anything at all. As he seeks to find out what is wrong, an evil corporation, or organization, or empire destroys his village and he meets with someone who knows him, but doesn’t divulge his identity. In order to stop this generalized evil, he and a party of people he runs into during his journey must find X amount of crystals to restore balance to the magical earth thing. When all the crystals are found, the evil bad guy reveals that there is one that is missing; one of the party members IS A CRYSTAL! *gasp* After stealing the unassuming female love-interest, the party pursues the evil bad guy (who turns out to be the main character’s brother) to his sky fortress and defeats him, thus restoring balance to the earth sphere thing; but the young girl must sacrifice herself in order to do that. The End.”

How did I do? Did I just hit every JRPG ever made? Of course, I did! Those were the only type of games I played as a child! These storylines made up most of what Square Soft and other JRPG development companies made in the 90s and early 2K periods, and to be honest, they never got old. These games were always about fighting against all odds, and it was a welcome surprise to see how the good guys were able to come out on top. For myself, it was the story of the small group of misfits going against a massive evil empire that always intrigued me, and I think there is an endearing truth to the struggle.

Though some people could say that there are evil empires that are present in this day and age, I personally think that true evil is more subversive. Yes, there are large groups of people that seek to harm others, but it is the ideals and dogmas that guide these individuals to commit these acts that are the real enemies. In a way, they are demons that hold the strings of this world and make its leaders dance around like snared puppets. These are what the Bible identifies as, “the rulers and authorities of this age.”

Everyone has what I like to call a “sin nature.” This is basically the innate desire and propensity to sin against God and others, and it is a massive evil empire that has reigned for many, many years. Much like evil empires do in JRPGs, sin enslaves the masses with false ideals and fears that force the people to be thralls under an oppressive society. Yeah, this may sound like a stretch, but sin is a lot like this. It holds people hostage under the lie that it will fulfill them. Unfortunately, sin’s real face shows itself when people find out that it will never be satisfied. Sin only breeds more sin, which will eventually lead to death.

Within the Romans Road, Paul reminds us that this sin has reigned long in this world, and its reign of terror was based on something called The Law of Moses. Due to the knowledge of the Law, sin began to find its root in the heart of people; after all, something is more tempting when it is off-limits.

13 To be sure, sin was in the world before the law was given, but sin is not charged against anyone’s account where there is no law.14 Nevertheless, death reigned from the time of Adam to the time of Moses, even over those who did not sin by breaking a command, as did Adam, who is a pattern of the one to come.

The reign of evil completely ran rough-shot over the people, enslaving them its dark tendrils of selfishness and pride. What broke it was the dawning of an age that came about after Jesus gave his life on the Cross, and that is the New Covenant. It broke the power of sin over the people and exchanged their chains for open hands lifted high to heaven.

Just as the great evil of sin came into the world through actions of one person, Adam, so too does the salvation of all mankind come through one person. If so much destruction can come through the action of one man, then how much more can the action of God himself, who came down as a human being, bring about the hope that we have for a new life? Just like the resolution of a long JRPG, the great evil that threatened the world has been defeated and the people are now free, but what are they free to do? That is the subject for our next UpUpDwnDwn Devotional.